My Thoughts on Google+

UPDATE 9 Jan 2019: Google+ is being shut down by Google in a few months. So this info is no longer relevant. We liked it while it lasted. We’re also very fond of some of the spin-off products that were once part of Google Plus. For example, the Google Photos app is the best app for sharing and storing photos, hands-down.

First, I just have to say, I’ve never liked Facebook. I learned to use it for business purposes (social networking is a huge buzz item in the world of marketing), and am grateful for some of the connections it allows/helps me to keep. But it’s interface is crappy at best, its useability is among the worst of any large site on the ‘net, and well, I’m not sure I trust Mark Zuckerberg. So most people who are friends of mine, know that I don’t post detailed info on where I’m at, pictures of my family, etc. on there very often. I just don’t feel like I’m in control of who sees it.

So I gotta say, I love Google+ (aka Google Plus)! It’s got a clean, simple interface, with several “modules” or modes you can go into. Between these you have essentially all the features of Facebook, Twitter, Flickr, & Skype. It’s easy to use, is similar enough to Facebook and others that anyone can start using it quickly, and it doesn’t have all the stupid games, apps, etc. that plague Facebook. Plus, the Android App is awesome, and backs up my photos and videos to the cloud, for FREE, permanently, and automatically. Apple’s new iCloud (or MobleMe 2.0) service doesn’t do that. It will back stuff up to the cloud, but only temporarily, etc. Google has essentially made photo and video backup to the cloud, FREE and automatic.

Another great feature is “circles” which allows you to select which “circles” your friends, co-workers, family, acquaintances, etc. fall into. Then when you share status updates, links, and even photos or photo albums, it’s easy to share with only the circles you want to be able to see that info. It’s much easier, and more safe than Facebook. Plus there’s a “following” circle where you can follow famous people and such that you don’t know (and are unlikely to “Friend” you on Facebook), just like on Twitter.

The “hangout” feature allows you to chat, audio call, video conference, and watch YouTube videos together in a dedicated space. It’s great for remotely talking to friends, business meetings and more.

If you’re not on Google+, you need to try it out, and follow/friend me! 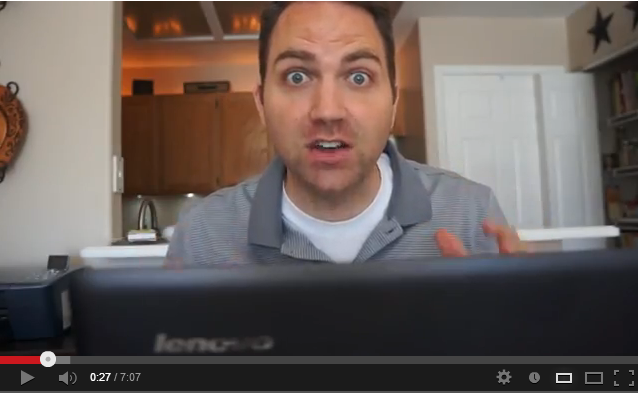 How to Get Fancy LinkedIn Signatures in Gmail